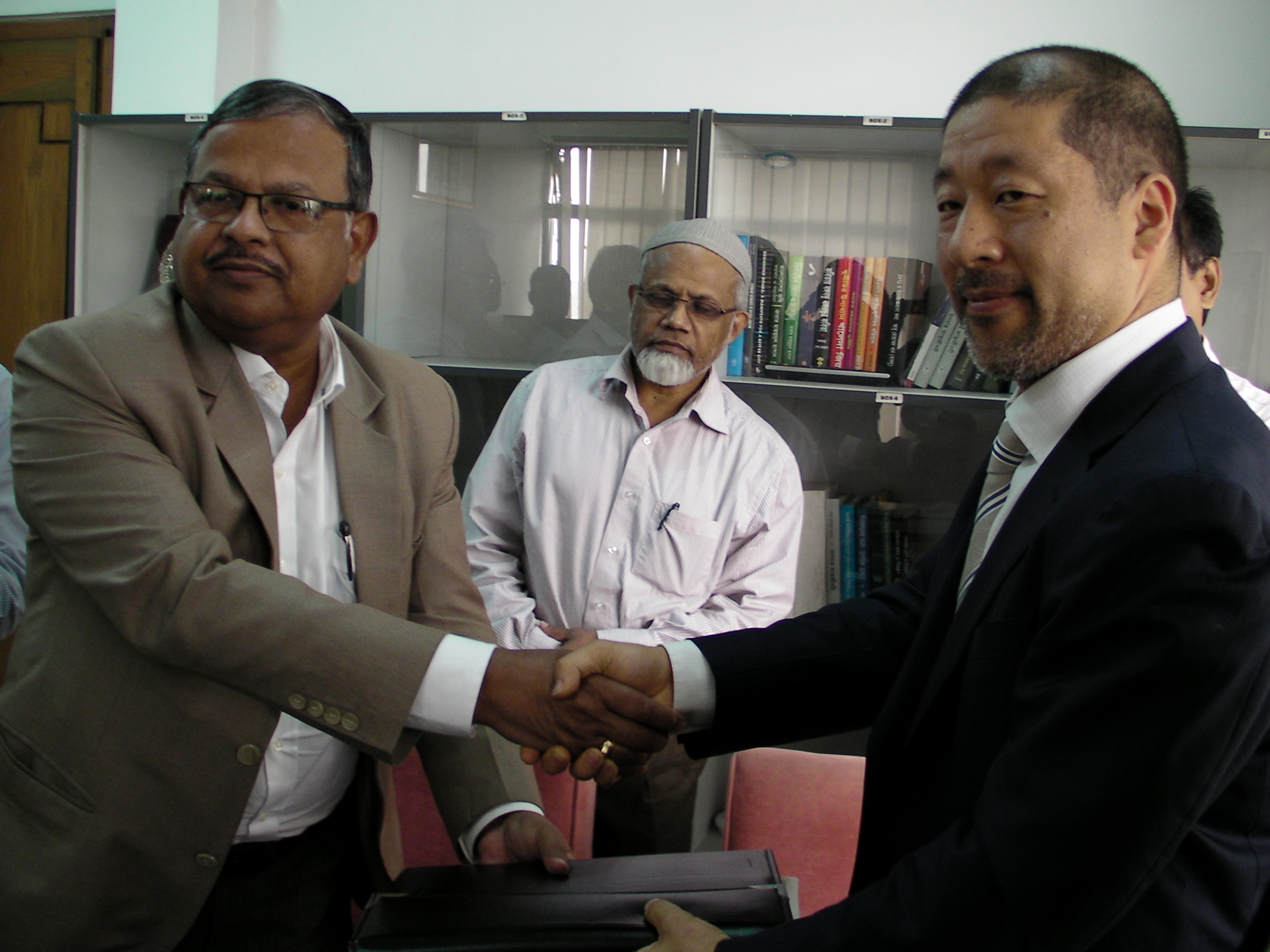 A Contract Agreement on consultancy services for Design, Construction Supervision and other related services under Haor Flood Management and Livelihood Improvement Project (HFMLIP), between Local Government Engineering Department (LGED), under the Ministry of Local Government, Rural Development & Cooperatives, Bangladesh and IC Net Limited, Japan was signed in Dhaka on Tuesday, the 2nd June 2015. The contract was signed by Mr. Shyama Prosad Adhikari, the Chief Engineer of LGED and Mr. Morihiro Tada, the President of IC Net Limited.  The awarded contract comprises various consultancy services at a contract price of BDT 362,274,340.00 (4,659,477USD).

The project will be implemented in 29 Haor stretches in 33 remote Upazilas of five Haor basin districts, namely Sunamganj, Habiganj, Netrokona, Kishoreganj and Brahmanbaria in North-eastern area of Bangladesh under the ODA loan, funded by Japan International Cooperation Agency (JICA). The goal of this project is to contribute to poverty reduction in the Haor Basin by directly improving living standards and reduce the vulnerability of 115,000 rural poor households.  The objectives of the Project are to reduce the crop damages from flood, improve access to basic infrastructure and increase fishery productivity by:

The project is comprised of three major components; 1) construction and rehabilitation of flood management infrastructure, 2) construction and rehabilitation of rural development infrastructure and 3) implementation of livelihood improvement activities such as agriculture promotion and fishery promotion. Component one and three with the emphasis on agriculture development, will be implemented by the Bangladesh Water Development Board (BWDB), while component two and three with emphasis on fishery promotion will be implemented by the LGED.

This is the first time that IC Net was awarded a contract on design and construction supervision by the Government of Bangladesh as the lead firm of a joint venture involving two Bangladeshi firms, the Associates for Development Services Ltd (ADSL) and the BCL Associates Limited (BCL). Additionally, the Center for Natural Resources Studies (CNRS) is the sub-consultant.

Sorry, the comment form is closed at this time.